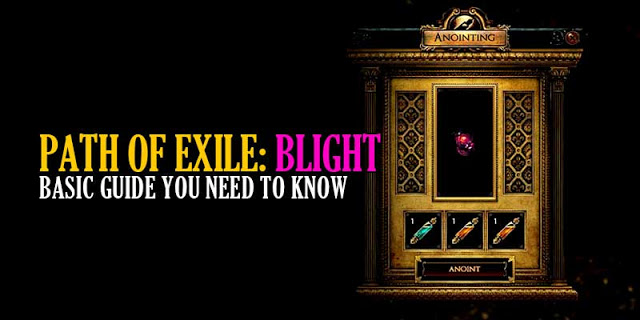 Blight was released for PC on September 6, 2019, with PlayStation 4 and Xbox One releases followed on September 9, 2019. The Blight update looks to be another fun event to take part, which continued to surprise with what the action-RPG can offer. Today, I’d like to introduce you to the Path of Exile Blight Expansion guide.

Path of Exile: Blight introduces a new NPC, Sister Cassia, who educates the player about the dangerous fungal grows that are spreading through Wraeclast. These growths infect and control the minds of nearby monsters, but Sister Cassia has built a pump that can drain the ichor from the growths to render them harmless. Players must deploy a range of towers to help protect the pump while it does its work.

As with all Path of Exile expansions, Blight introduces a wide selection of new skills, items, and balance changes. Moreover, there will be significant revamps to a few key character archetypes; the Necromancer, the Poison Assassin and the Mine Saboteur.

Here are the key features of the Path of Exile Blight.

The newest mechanics in this league center around a simple goal, destroying Fungal Growths. These mysterious infections spawn in various maps, and their influence will spread over time. Fighting back the influence first entails beating down those under its control. Sister Cassia has some special tools, in the form of towers, that help with that.

There are towers that Chill, Shock, Stun, Burn, Summon, Empower, Petrify and Debilitate. Using these in the right places to take advantage of enemy weaknesses is key to success in combating the Blight.

Here are some general tips:

• Back up DPS towers with slowing towers to maximize damage.
• The longest range DPS (Meteor Towers) should always be placed closest to the Pump, as they can help save you when you get overwhelmed by mob spawns.
• Keep speed buffs in the middle of long chains on the tendril path.
• Take advantage of path bends, these make monsters move slower and are a great place for AoE towers like the Shock Nova or Arc.

The oils are your main goal in this league and are most often obtained by completing a Blight encounter. There have been a total of 12 oils introduced in Blight, each one with their own effects being applied to items. Oils are claimed from within Blighted Maps, allowing players to trade them to Sister Cassia for Anointed Jewelry. You will want to do this as it enchants the item to grant you powerful new abilities. The Anointed items so far all seem to be items that grant free Keystone Passives, which is awesome for some really creative build ideas.

Four of the Unique Items exclusive to the Blight league form an armor set that can also be anointed with Notable Passives too. 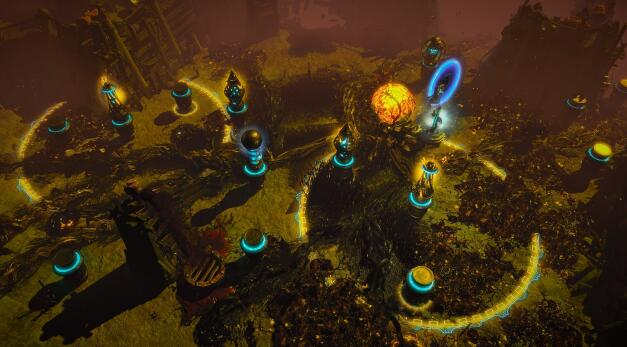 As always, this POE expansion brings new skills to the table for players to experiment with. Cobra Lash is one of the headline skills in the Blight League. This skill lets you throw your weapon, chaining between multiple enemies and instantly poisoning them when you land a crit. A new buff called Elusive has been also added, increasing defense and mobility for a limited time.

Assassin and Saboteur are both getting a balance pass. The Mine Saboteur archetype, and then builds around it, are getting a slight buff in 3.8, although details are still a bit vague, but things are looking up.

Summoners are another area of positive reworks. Certain skills will now allow you to specialize for much stronger or faster minions. This means some tree reworks are certainly coming soon. New skills alike Death Mark will aid in this by buffing the durability of your minions.

There are many more reworks to old content as well, check out our rundown of the changes to existing content, including the plan for Legion.

And there you have it! That’s everything you need to know about all the contents for the Blight Expansion. You can, likewise, view the Eznpc for additional info. In addition, you can get discount packages through Eznpc, which can save you about 5-20%. These packages usually contain PoE orbs, currency, chaos, and sacred orbs.