Path of Exile has announced a new league recently named Delirium. In the “Delirium” league, both the massive passive tree and selection of items are seeing expansion here, adding further depth and complexity to the game. Here are New Features of Path of Exile’s Delirium Expansion, including Passive Jewels, Endgame Improvements, New Skills, Economy Refresh, and New Encounters. 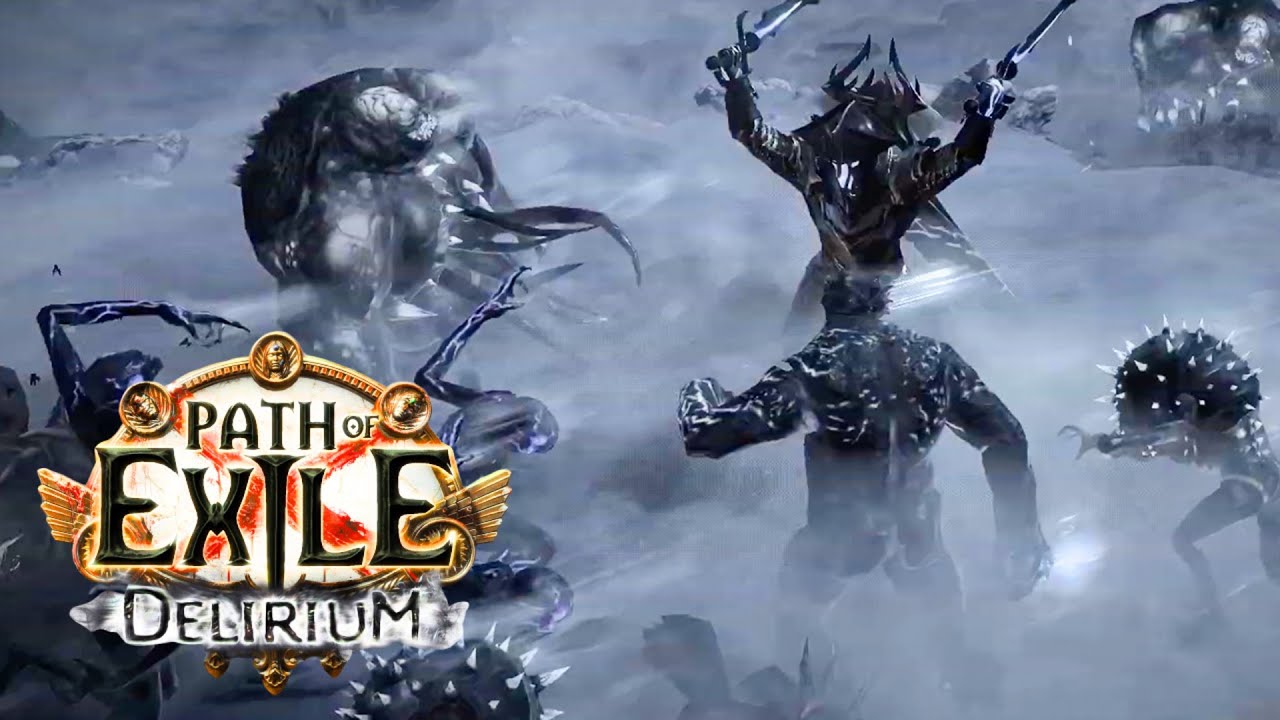 Cluster Jewels are new Jewels who introduced this league. Unlike regular jewels that grant bonuses to your character, these Cluster Jewels introduce entirely new passive tree nodes to invest in.

These jewels are rewarded from successfully completing Delirium encounters, capable of adding new passives in your tree to spec into. These can range from extra life nodes to entirely new notables to shift the way your character functions. With over 280 new notables tied to this system, there is a significant amount of experimentation that players can choose to pursue.

The “Conquerers of the Atlas” expansion was an overall success for Path of Exile, revamping an endgame system with new bosses and a much more engaging progression system.

Returning vendor recipes should allow players to undo progression on their Atlas to target-farm items they wish. Conquerers are now deterministic when it comes to spawning, making progression through the Atlas much easier. Vaal side areas and the Temple of Atzoatl are also receiving some much-needed attention to keep them up to date with modern mechanics and systems.

A new league wouldn’t be complete without new ways of tackling the content. While not all skills are known yet, the three shown thus far look amazing.

Blade Blast is a skill that detonates blades on the ground, which can be created by the likes of Blade Cortex or Ethereal Knives. These blades can also be used to create Animated Weapons for boss fights. Wands have an overhauled Kinetic Bolt, bouncing randomly and forking every time it hits a target. The final skill shown is Stormbrand, creating runes around you as you channel that can siphon your mana to detonate with great effect.

While not mentioned directly, a new league gives both new and veteran players a chance to make currency in a fresh economy.

Thanks to this economy refresh, items that would normally not be worth much are now highly sought after. The first week of a league, for example, players are looking to acquire good rare items with resistances and life upgrades to push harder content. Leveling Uniques gain value, and coveted endgame items that drop from tough bosses are worth an insane amount of currency. The rush to getting currency to make your perfect build a few weeks into the league is one reason why Path of Exile is considered one of the best aRPGs of all time.

Every zone in “Delirium” will contain a mirror that will spawn a thick fog and, spawning from that fog, a horde of nightmarish demons players get to slay.

These nightmares have modifiers that make them more dangerous than your average monsters. For leveling, this is going to be an amazing change of pace for those who’ve mastered the 10 Act campaign Path of Exile has to offer. For endgame players, this will also be fantastic to give Maps that extra risk and reward factor to them.

For more news and guidance on the Path of Exile’s Delirium Expansion, visit here. On top of that, we also sell PoE currency cheap, it is 100% safe, 0 ban records in the past 5 years. Also, Our supplies are stable, any orders will be delivered within 5 minutes.