Aside from the newly released Delirium, the Metamorph League is still one of the more unique League in gear grinding games to date. It has new characters, bosses and monsters, and introduced new currency Catalysts. If you are interested in the league, we have prepared a good About Path of Exile Metamorph League Guide. In this league guide, we will introduce several different currencies and builds, as well as other things. 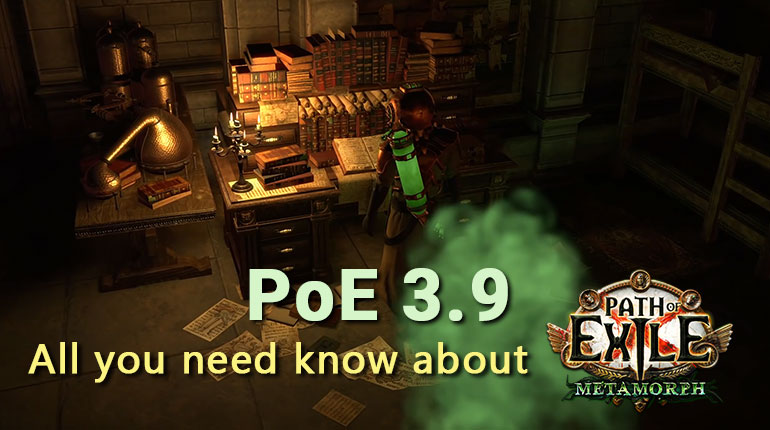 What is the Metamorph League?

The Metamorph League is a challenge league that launched on December 13, 2019, with the release of Conquerors of the Atlas in tow.

A new character made specifically for the hardcore leagues, Tane Octavius, has tasked you to gather parts which you can get from certain monsters in order for him to create a Metamorph. Compared to the usual bosses that you see in the Path of Exile, a Metamorph is a little more unique.

Simply put, it’s a metamorphic boss that constantly changes forms and uses moves of the enemies that you’ve slain to acquire the parts of. No Metamorphs are completely the same, as it is dependent upon which unique items boss or monster part you’ve used to make it.

A new currency item is also introduced, which are known as “catalysts”, these are jewelry item modifiers, that enhance them with a predetermined set of modifiers.

How to Create Metamorphs?

There are distinctions in the type of metamorph you can create, the first you one will likely create as you make your way through the campaign in the league are made from samples of standard enemies dropped in an instance. Tane Octavius will collect these samples from you and create a boss that you can engage with. To create any metamorph you will need the following organ samples: liver, lungs, heart, eyes, and brain. Depending on the enemies you took the samples from will affect the affixes in the created Metamorph.

The second type of Metamorph is made from a combination of boss samples. Boss sample drops are much rarer compared to those of standard enemies. These samples can be combined in your laboratory zone (which can be entered from your waypoint) to create a powerful boss Metamorph. 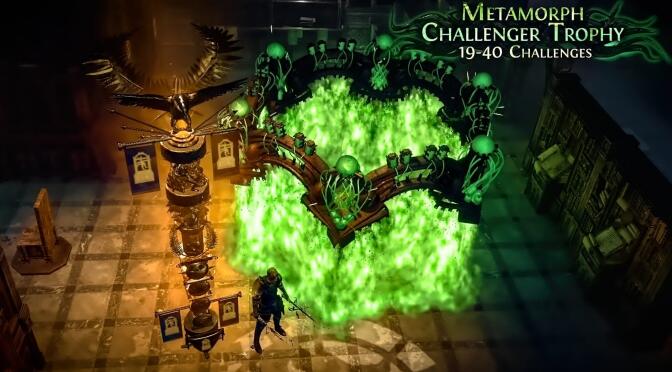 In the early of the game, there will be a lot of PoE Items pouring in. In order to learn about the value of all PoE Items or to maximize the use of limited items, you’d better classify the categories and analyze their functions.

This is the tradable items in PoE, mainly PoE Orbs and Scrolls. PoE Currency can be exchanged with each other, but as the exchange rate changes at any time, the value of part of items will drop or rise, so never just believe the strangers about price or underestimate the value of your items. When not trading, just put your currency in a public stash tab.

They can be described to be the most frequent types of items that appeared in PoE, usually fragments, scarabs, prophecies, fossils.

The most typical ones are Chaos Orbs and Exalted Orbs, since these items are hard to drop, making them rare and valuable.

After playing for a while, the player is almost familiar with the value of the use of PoE Currency, and the next one to learn is how to get as much currency as possible, as well as trading.

Everyone is still allowed to trade at the Auction House through to buy Path of Exile currency quickly and making benefits.

When trading with others, the best way is to store a large number of items, such as fossil and sell the majority of them instead of selling each one individually, which can spend less time trading while making benefits.

As for rare items, if you can get some, keep them for yourself, or sell them online to others at high prices.

Regarding the New Currency “Catalysts”

The “Metamorph” release also introduces a new currency called “catalysts”, catalysts will improve the items of jewelry you possess. Catalysts are the quality of the jewelry that directly boosts affixes for the items that align with the catalysts currently in use. Because of this players should expect a greater level of control over their area of focus when using this jewelry. This can be considered particularly useful for players in solo self-found leagues (SSF).

Currently, there are 7 catalyst types in-game, here is the list of them with the effect they will give: turbulent catalyst – elemental damage, tempering catalyst – physical affixes, the intrinsic catalyst – primary attributes, imbued catalyst – life and mana and finally prismatic catalyst which gives an elemental resistances effect.

To help appease the difficulty level in this legion league, we’ve come up with a few builds that you ought to try. Here are some of them: 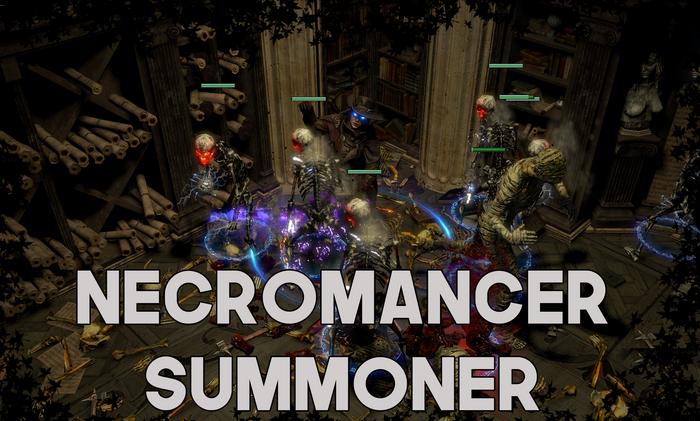 Summoner/Necromancers were the best Class in Path of Exile in the previous Patch 3.8 and even with small nerfs in the current League we would be all wrong if we didn’t include this build on our list.  Thanks to near-perfect bossing capabilities paired with solid defense mechanics and long-lasting minions, the Skeleton Necromancer Summoner build doesn’t require much to be effective. Skeletons have a higher DPS compared to zombies, making them a more optimal choice as minions. This build is cheap, has excellent bossing capabilities, and is even a great starter build! What more could you want?

Another very good Starter build which offers very high damage regardless of your equipment and solid clear speed with Poison/Toxic Rain explosions spreading all around your screen. It’s also a Bow build which means upgrades thanks to 3.9, as well as Toxic Rain, which is getting a direct damage buff. This build may be more popular when played as the Trickster, but Pathfinder does it just as fine, and as a Ranger Ascendancy, it offers more end-game viable options in Patch 3.9. This is among the best Starter Bow builds in Path of Exile which will surely not fail you in the upcoming League.

If you don’t have that much gold in your pockets and are looking for a good starting build that you can take to straight the endgame, then the Holy Flame Totem Hierophant is the build for you. In general, the playstyle of the Totem has been known to be one of the most used starting builds in Path of Exile. This build provides good clearing and bossing mechanics while being in a safe zone always at the same time. Holy Flame Totems offer one of the highest single target DPS compared to other spells, so don’t be afraid to bring out the fire to earn that PoE currency!

Thank you for reading this Path of Exile Metamorph League Guide and hope it is useful to you.