The Delirium League in Path of Exile is something that has brought a lot of excitement to the ARPG title. Featuring new content and features, Atlas changes, skill reworks, Ascendancy balance, item balance, and more. If you’re a new player, you can feel overwhelmed. Eznpc brings you the Path of Exile Delirium tips and tricks to help you understand all the precautions in the league and avoid detours. 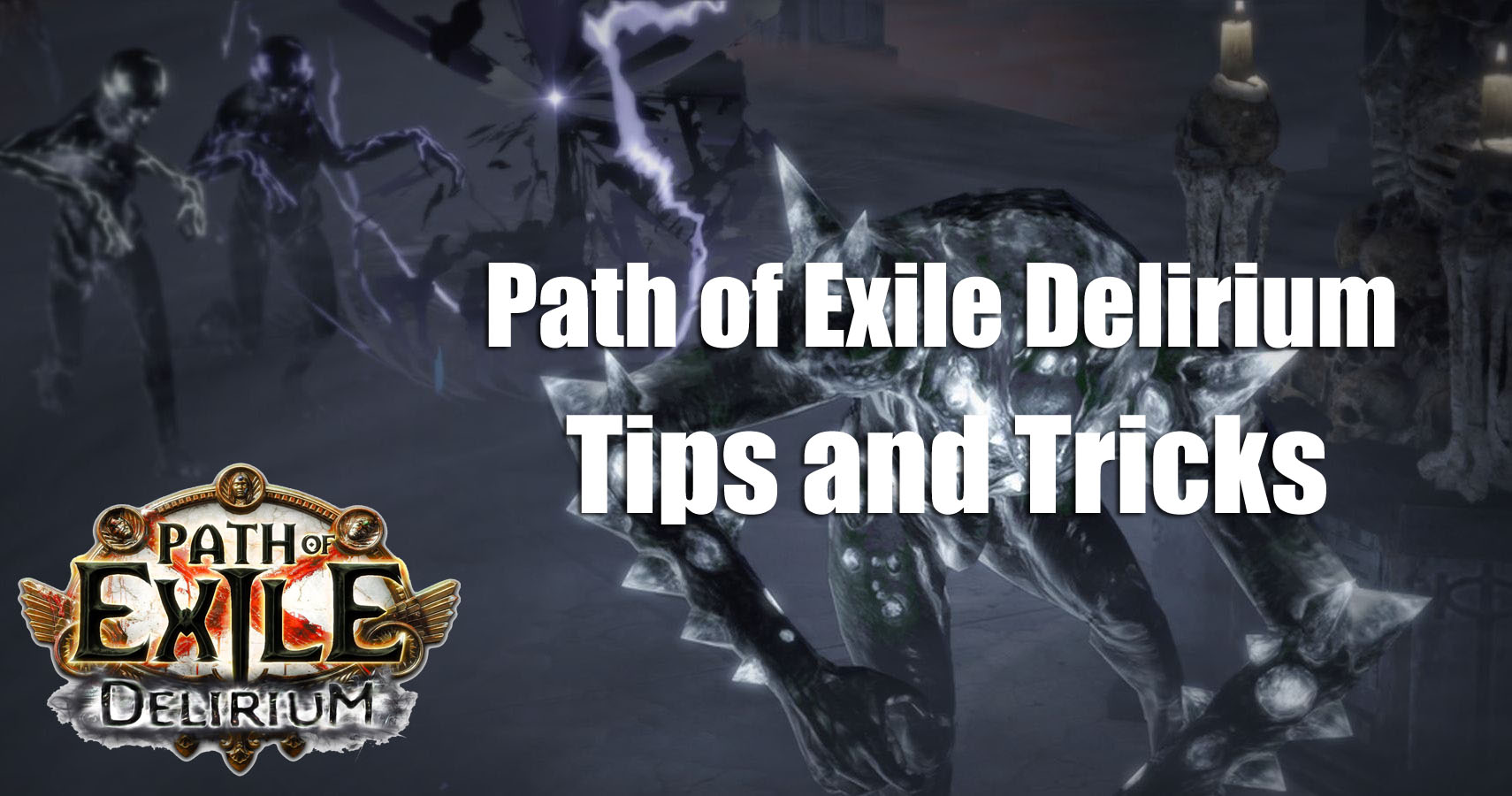 Firstly, you will want to clear the area surrounding it. This should be done before you trigger the league, just to make the process easier for yourself. You will also want to make sure that you don’t have any map mechanics active before starting the Delirium League.

Another tip would be to make sure that you don’t rush Delirium. You do have plenty of time to complete it, and you will, of course, reduce the risk of death. If you are often a gung-ho kind of player, then you may want to show some restraint if possible, as you are in no real rush to finish it. You will also want to make sure that you loot the area before leaving, so you don’t have to backtrack at a later time.

Get a Good Build Guide

Having good recommendations for both leveling and end-game gear as well as skill choices makes leveling much faster and gets you to actual League content quicker.

One aspect of the game I see new players do is pick up far too much stuff early on which essentially makes inventory management a living hell. Strive not to gobble up everything, because you only frequently need to pick up rare items. Use a good Loot Filter that can adjust good items based on your level.

Many experienced players prefer to whizz through the early content whenever a new league starts. However, not everyone understands how XP works in Path of Exile. The formula is base level + -3 indicating if you are a level five you’ll get full XP in a level seven zone, and full XP in a level two zone. This changes by +1 every 16 levels so it’s best when speed leveling to remain in zones no more than three levels higher than your character.

Completing lab trails will allow your character to Ascend into a subclass. These subclasses often provide powerful character enhancements and rare build specific perks. We have a full guide to PoE Ascendancy trial locations that’s perfect for new players. You can check the Labyrinth layouts here.

Don’t Be Afraid to Spend Currency

You can always farm more PoE currency. And spending a few Chaos or Alchemy Orbs on some even minor gear upgrades can make the leveling process that much easier.

Hang on to More Valuable Currency

On the same token, hang on to more valuable PoE currency until the end-game. Mirrors, Exalts, and such are highly prized, and you should only spend these on build-enabling Uniques or other important gear. This is where a good build guide really helps.

Don’t be Afraid to Die

Deaths and zerging tough bosses in the story acts are expected as a new player. It takes time to learn your build mechanics and how to fight each boss, so don’t sweat the mistakes.

Don’t be Afraid to Grind Either

Farming for loot and currency is a big thing in PoE, especially in Solo-Self-Found Leagues where no trading is allowed. This is why many players spend time farming later story zones like Blood Aqueducts for Divinations Cards or other rare drops to build wealth. Keep in mind that this tedious process is nowhere near as efficient as running Maps. Especially considering the drop penalty that’s imposed when you over-level content.

Get Penalized for Trying Too High-Level or Too Low-Level

Unlike in MMOs and other ARPGs, you actually get penalized for trying to take on content that’s too high-level for you, as well as too low-level.

And don’t think you can boost with a friend either, party play rewards the lions share of EXP to the highest level players in a group first.

Leveling Formula is Pretty Simple, and It Changes Predictably

The leveling formula you should always keep in mind is pretty simple, and it changes predictably. You start by earning 100% of the EXP from a mob kill within 3 levels of your current character level. So at level 10, anything below level 7, or higher than level 13, will start being less efficient for farming EXP. This formula increases plus one every 16 levels so once you are level 16 you get full EXP against level 20 mobs for example.

Are you trying Delirium League? Let us know if you have a good idea. In addition, we do not want players to be kept in the game due to the lack of PoE orbs, so we have always provided players with POE currency, low price, fast, safe, and best service. Buy Path of Exile Currency, Eznpc is the best place.