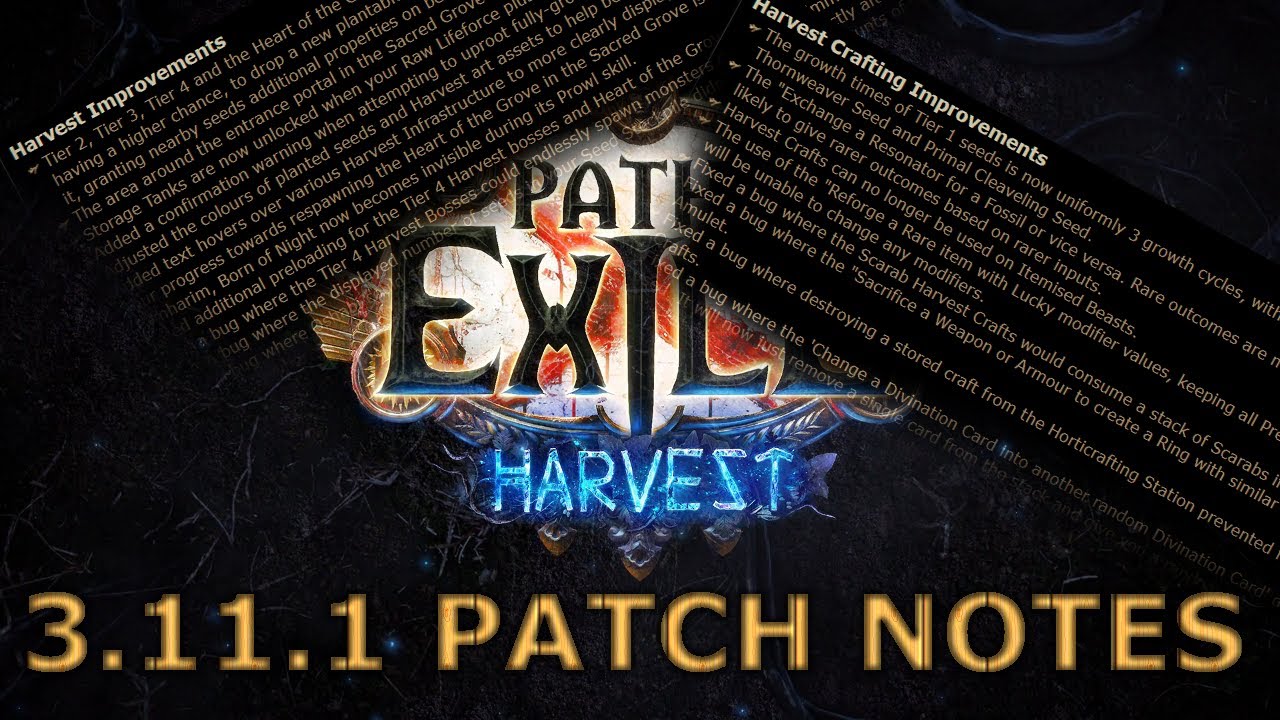 Check the patch notes below to let you know what will happen.

This upcoming patch will make a number of changes to the harvesting mechanic. For example, Tier 2, Tier 3, Tier 4, and the Heart of the Grove monsters and bosses will have a chance based on their rarity. Higher-tier seeds will now have a higher chance where they can drop a new plantable “seed”. You’ll be able to place this seed in the Sacred Grove, which will affect surrounding planted seeds around it with the effect of providing those seeds extra properties.

Harvest crafting will be getting updates in the patch as well: Growth times of Tier 1 seeds will be a static three growth cycles with the exception of rare seeds, Harvest Crafts can no longer be used on Itemised Beasts, and a slew of bug fixes are in the works.

• Fixed a rare bug where trying to go to your Hideout or the Menagerie could fail to join but continue attempting to join indefinitely.
• Fixed a client crash that could occur when mousing over a gem that was socketed into an Abyssal socket. This state was only possible to get into due to a previously-fixed bug.

Please note that the patch notes listed below are still subject to change prior to the release of 3.11.1. This update will be deployed on consoles as soon as possible after its deployment on PC.

Visit here, you can read the full notes and check out if these tweaks will change players’ minds about the harvest. Of course, you can also purchase PoE currency here, our providers get PoE orbs manually and they come from all over the world. Our supplies are stable, any orders will be delivered within 5 minutes. And we guarantee the PoE Currency is 100% safe, 0 ban records in the past 6 years.